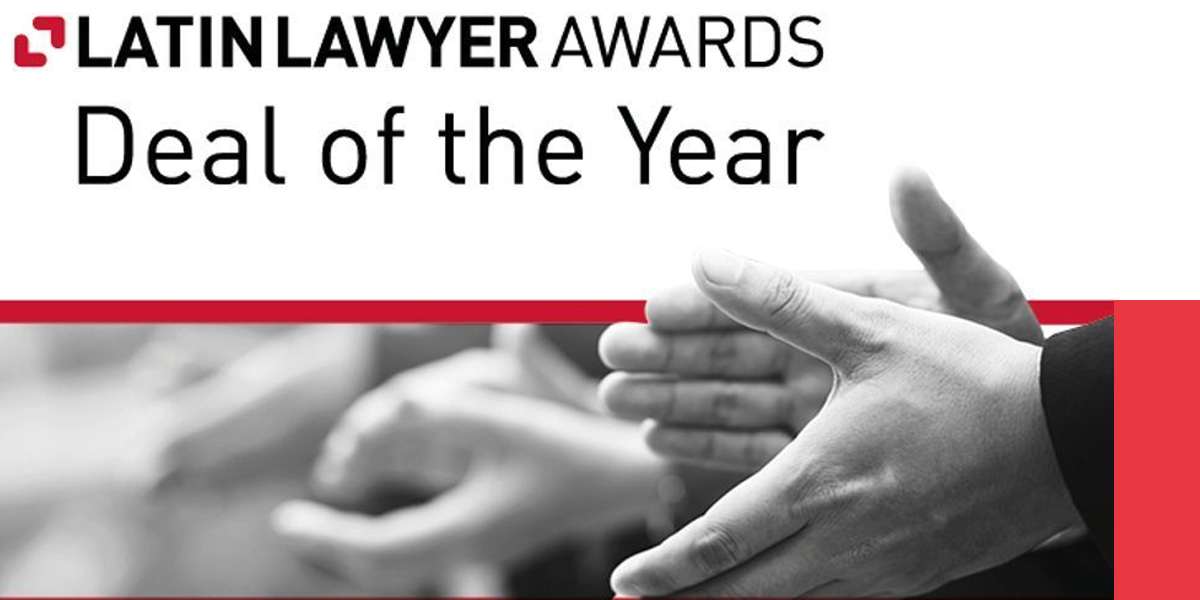 We are pleased to announce that BUSTAMANTE FABARA has been honored with 2 awards at Latin Lawyer’s 2022 Deal of the Year Awards. Each year, Latin Lawyer identifies landmark Latin American deals and cases and awards those firms that have taken an active role in advising the most complex and noteworthy deals across the region.

BUSTAMANTE FABARA has been awarded two Deal of the Year awards in the following categories:

Advising Grupo Werthein and AT&T in Grupo Werthein´s acquisition of regional entertainment company Vrio from US telecommunications group AT&T, and

This achievement denotes BUSTAMANTE FABARA´s overwhelming consolidation as a legal powerhouse in the M&A sector in Ecuador.

We would like to congratulate the remarkable group of professionals that participated in these transactions.

We are deeply honored and thankful for this recognition that would not possible without the trust of our highly esteemed clients and fellow
colleagues across the globe.